Everything you need to know about our iPhone XR deals

Find out why our iPhone XR deals are a step ahead of our competitors.

We're trying to make the iPhone XR even cheaper

The iPhone XR isn’t the newest iPhone anymore, but that doesn’t mean that it isn’t still hot. As a matter of fact, it’s one of the best iPhone deals to get right now.

When the iPhone XR was released in October 2018, it was an answer to the pleas of many Apple users that wanted a (relatively) affordable iPhone with a notched display and modern feel.

And coming to the market at $749, it was much cheaper than the XS and XS Max whose pricing started at $999 and $1099 respectively.

But we're not interested in selling you an expensive iPhone. The iPhone XR still doesn't feel old, and it's getting progressively cheaper. That's why we think it's one of the best iPhone deals to get right now.

The iPhone XR is cheaper than ever, but it's still great

Why is the iPhone XR still one of our favorite cheap iPhones?

First off, this phone is perfect for travelers because of its incredible battery life. Surprisingly, it beats models like the iPhone X, XS, and even the iPhone 12 thanks to its comparably large battery and more efficient LCD display.

Some users even report that they have been able to pull out a couple of days of use on a single charge, although don't expect to get this kind of battery life if you're a heavy smartphone user.

Although the price is low, the iPhone XR isn't for everyone

If you look at the chart below, you'll see just how much the price of the iPhone XR has been dropping in the past few years (chart thanks to our friends at camelcamelcamel.com).

But there are certain features that you won't get with the iPhone XR.

Although this technology is still in its infancy and takes a huge toll on battery life, you'll have to look at the iPhone 12, iPhone 12 Pro, or iPhone 12 mini if you want to get on this bandwagon.

Also, if you want an iPhone with a better camera that has more focal lengths (better zoom functionality) and a night mode for clearer evening photos, you may want to look into the iPhone 11 or 11 Pro. 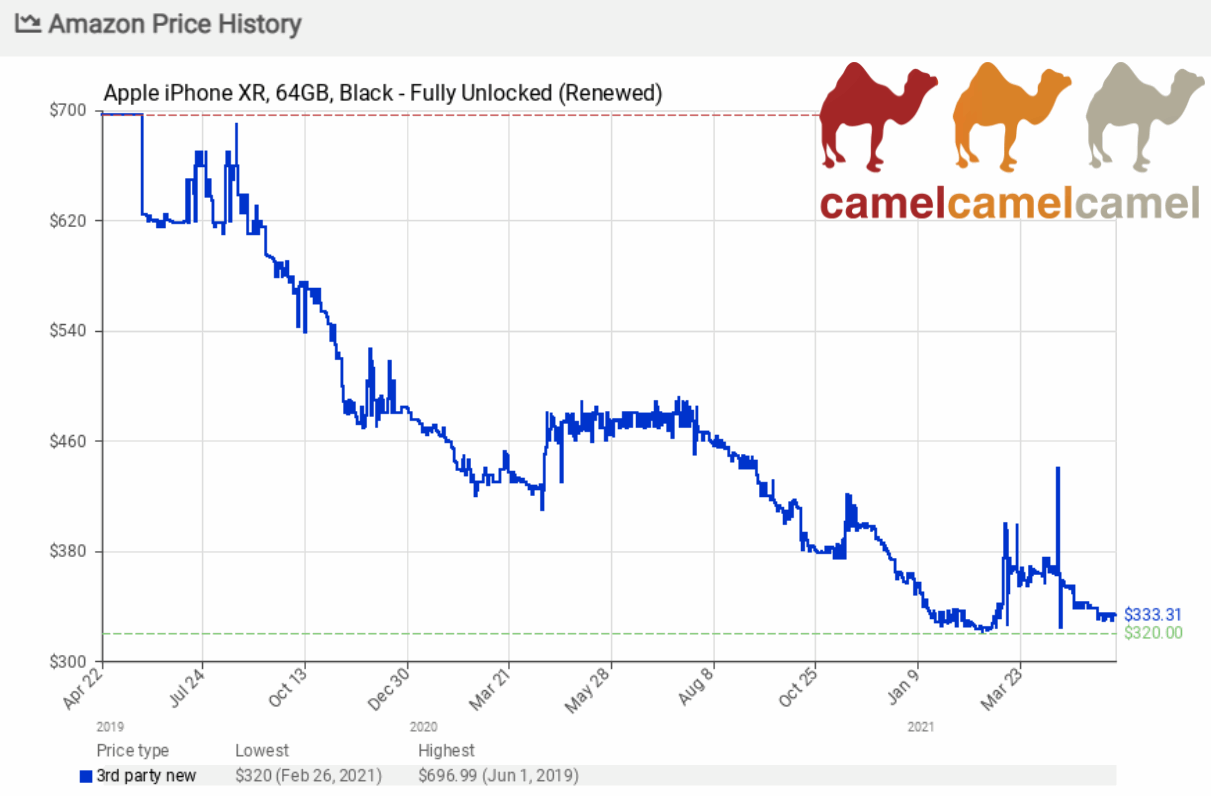