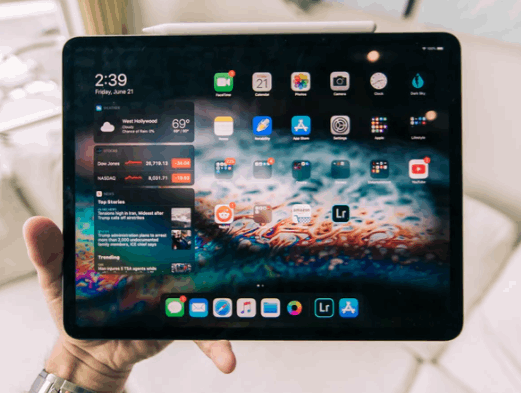 2 Things You Need to Know Before Buying a Cheap iPad

Tips before buying a cheap iPad…

iPad iPad Pro iPad Air iPad Mini iPad Mini 4 iPad Air 2 iPad Pro 12.9 inch iPad Air 3 Surface Pro 4 Surface Pro 3 iPad 3 Mini Refurbished surface Pro
IPad 3
At first glance the new is quite similar to iPad 2. Its proportions, aesthetic finish, and curvature appear to have been copied in the image and likeness of the second generation tablet. However, there are some differences between the two devices.
Improvements in its screen quality, a more powerful processor, and a more solvent camera are the main qualities offered by this model. At the design level, the new iPad may have remained virtually unchanged, but the hardware level changed a lot. The has a custom-designed dual-core A5X chip, which promises high performance and low power consumption while paired with a quad-core graphics processor.
Two highly praised and commented aspects of the iPad 2 were its 4G support and the new 9.7-inch LED-backlit Retina display with LED backlighting and IPS technology, giving the user an exquisite resolution of 2048 x 1536 and a density of 264 pixels per inch. This splendid screen completes its qualities card with multi-touch holder and oily fingerprint proof cover, making it perhaps the most incredible panel seen on a tablet to its date.
Another great improvement of the iPad 3 was its iSight camera, behind it there is a 5-megapixel sensor with autofocus and 1080p recording capability. The camera able to focus on a specific point by touching the screen in addition to including face detection and geo-tagging. The results of the images are of very high quality.
Is the worth it? If you've never had a tablet or come from the iPad 1, definitely yes.