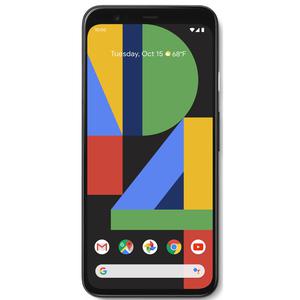 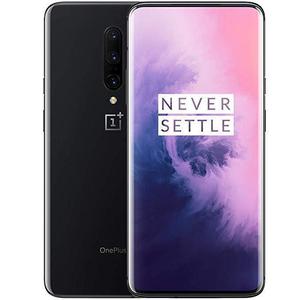 Pixel 4 vs OnePlus 7 Pro: The battle of the smartphone gimmicks

Did you know about the gesture controls in the Pixel 4?

If you compare the Pixel 4 vs OnePlus 7 Pro, you’ll notice that the OnePlus has a screen that stretches to every edge of the device, while the Pixel 4 has a “forehead” above its screen. What’s in that forehead? It’s actually a collection of radar sensors that give the Pixel 4 a fast and secure face unlock system and gesture controls. For example, if you want to skip songs without touching the device, you can simply wave your hand over the phone. Will it be handy in many situations? Probably not, but still, it’s a cool feature to have with your phone.

The OnePlus 7 Pro has a motorized selfie camera(!)

The OnePlus 7 Pro doesn’t have the same awesome face unlock system as the Pixel 4, but what it does have is a motorized selfie camera which enables the whole front screen to be free of any notches or hole punches. Many people don’t like the idea of a motorized selfie camera because they think it isn’t reliable, but if you do your research you’ll see that OnePlus has done a lot of testing and ensures that the 7 Pro can endure at least 300,000 selfie camera actuations (which is a lot, and way way way more than you’ll probably ever need).

If you open up the Pixel 4 or OnePlus 7 Pro, you’ll notice that both of them have the same Qualcomm Snapdragon 855 processor inside. What does this really mean? It means that you can expect both of these phones to have similar speed when performing everyday smartphone tasks such as browsing the web or playing your favorite mobile games. What’s more: you can look forward to both of these phones using OLED screen technology with high pixel densities and 90hz refresh rates. Yes, the OnePlus 7 Pro has a much larger screen than the Pixel 4 (OnePlus 7 Pro: 6.67 inches, Pixel 4: 5.7 inches) and a slightly higher pixel density (516ppi vs 444ppi), but both screens look great.

Pixel 4 vs OnePlus: Battery life concerns regarding the Pixel 4

Although we feel the Pixel is an awesome phone, we don’t know what Google was thinking giving the Pixel 4 a puny 2800mAh battery. This gives the Pixel 4 barely enough battery life to get through a regular day of moderate usage without needing to recharge, and it’s why we suggest buying the OnePlus 7 Pro if you’re a heavy smartphone user that needs enough battery life to reliably get through a full day without recharging.

The OnePlus 7 Pro has an ultra-wide 17mm lens that is missing from the Pixel 4 (the Pixel 4 has a wide lens, but it only has a 27mm focal length). But we still prefer the camera system on the Pixel 4 thanks to Google’s impressive color science. Thanks to some crazy machine learning software, Google is one of the leaders when it comes to smartphone photography. You can expect the pictures from the Pixel 4 to have more detail and better color reproduction in both daytime and nighttime photographs.

Should you buy the refurbished Pixel 4 or the OnePlus 7 Pro?

Which one is better for you, the refurbished OnePlus 7 Pro or Pixel 4? After having read this comparison, you can probably already see that it largely depends on personal preference. Whichever one you may decide to buy, we hope that you’re happy with your purchase :)