I need a phone that works with...

Works with: AT&T, T-Mobile, Verizon, as well as any carrier that operates on at least one of these networks and offers a bring-your-own-device (BYOD) program. 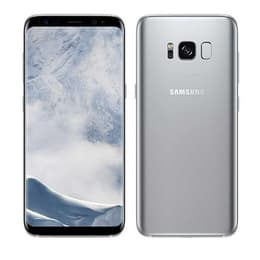 Works with: AT&T, T-Mobile, Verizon, as well as any carrier that operates on at least one of these networks and offers a bring-your-own-device (BYOD) program.
$120.00
82% less than brand new
Warranty: 12 months
Grade: Fair
Refurbished tech can help reduce e-waste, more than you think.
See more
4.2/5

Average of 5 reviews from the past 6 months.

That's according to Shannon W. Excellent. Highly recommend purchasing phones from back market. 1 month ago

Read to find out if you should get a used Samsung or iPhone!

Average of 5 reviews from the past 6 months.


Cary F. Bought: Galaxy S8+ 3 weeks ago
5/5
Works as it should and in the condition promised.
Melissa H. Bought: Galaxy S8+ 1 month ago
1/5
my phone was supposed to be gsm unlocked but it's locked to tmobile and i can't get it turned on
See all reviews

iPhone 12 Mini Size Vs iPhone 8 OnePlus 9 PRO Vs iPhone 12 PRO MAX iPhone 12 Vs iPhone Se 2020 Difference iPhone 11 And 12 iPhone 8 iPhone 7 Plus Size Vs iPhone 11 iPhone 11 PRO Vs iPhone X Apple Used iPhone Pixel 6 iPhone 12 Mini Vs iPhone 11 Size
Samsung Galaxy S8 Plus
The , or Galaxy S8+, is one of the best smartphones on the market and probably the best large cell phone available. The Galaxy S8 Plus is available in black, orchid grey, coral blue, and silver.
The Galaxy S8+ is the equivalent to many novelties. It debuts with what the company calls the Infinity Display, it also comes with Bixby, the company's new intelligent assistant; there is no longer any physical button on the front of the phone, and the fingerprint reader has been forced to move to a very controversial position.
Samsung has decided to have complete confidence in its curved screen and has launched two curved versions of the Galaxy S8: there is no longer a model with the flat screen, as there were with the S7.
In terms of features, few differences will be found between the Samsung Galaxy S8+ and the Galaxy S8. Both are powered by an Exynos 8895 processor, and both feature 4GB of RAM, as well as different displays with the same Quad HD+ resolution of 2,960 x 1,440 pixels. They do differ in battery capacity: 3,500 mAh for the largest model, and 3,000 mAh for the smallest model. The Plus model is also the largest of the two, with a 6.2-inch screen.
The has marked a breakpoint not only in Samsung's own design line, but in the entire mobile phone market. The design that comes with this phone's display, called the Infinity Display: it's a screen that goes practically from corner to corner and occupies no less than 84% of the front of the phone.
The Samsung Galaxy S8+ is a big mobile phone, but it's much smaller than what a 6.2-inch phone would be under normal conditions if it had to keep incorporating the lifetime frames into the front. The S8 plus remains at 159.5 millimeters long by 73.4 millimeters wide, with a very successful thickness of 8.1 millimeters and a weight set at 173 grams.
Leaving aside the immersive format of the screen, it is also interesting to highlight another of the most striking changes in this Samsung Galaxy S8+: the replacement of the physical Start button by a virtual key with 3D Touch (that is, finger pressure recognition technology).
The camera has followed the path of conservative decision. Instead of incorporating a completely renewed sensor, the South Korean company has repeated the photographic wager that followed with the Galaxy S7 Edge: a 12-megapixel sensor with Dual Pixel technology, a focal ratio of f/1.7 and an optical image stabilizer (OIS).
The Samsung Galaxy S8+ camera novelties focus on the software from two different points of view: from the technology that gives life to the photos, with a new multi-frame image processing, to the camera application interface, which now has some options that were not in the previous generation.
The Galaxy S8 Plus or Galaxy S8+ is beautiful and waterproof. It has excellent cameras, good battery life superior to the Galaxy S8,64GB of base storage, microSD card slot, iris reader, USB-C and wireless charging.