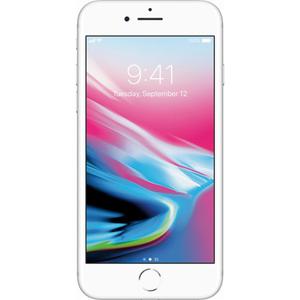 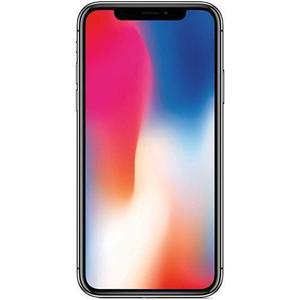 iPhone 8 vs iPhone X: It’s hard to really tell the difference looking at the numbers

If you compare the iPhone X vs iPhone 8 by only looking at the specs sheet, you may think that they’re very similar phones. And in terms of performance, they are virtually identical since they both contain the same A11 Bionic chip (although the iPhone X has an additional 1 GB of RAM, don’t expect this to have a huge effect on speed). But where things start getting different is the experience of actually using the phones.

iPhone X vs 8: The user experience is very different

If you’ve ever seen an iPhone X vs iPhone 8 in-person, the first thing you’ll probably notice is how much bigger the screen is on the iPhone X. And most people will probably appreciate having a bigger screen in their iPhone, but that full-body screen also brings other tradeoffs with it. For one, Apple had to remove the home button from the front of the device to fit that screen, so you’ll have to navigate the iPhone X slightly differently than the iPhone 8. Instead of pressing the home button to go back, close applications, or multitask, you’ll be using different gestures at the edges of the display. You may be aware of this already, and if you’re not, don’t be scared: it just takes some time to get accustomed to this new style of navigation, but it gets pretty intuitive after a while. Having said that, there are still many out there that prefer having the physical home button.

Battery life differences of the iPhone 8 vs X

If you look at the spec sheet comparison of the iPhone 8 vs iPhone X, you’ll notice that the battery inside the iPhone X has a much higher capacity (2716mAh vs 1821mAh). You’d expect the iPhone X to get more battery life, but since it contains a much larger display, it also eats through that battery a lot faster. Not only is the display of the iPhone X bigger, it also uses OLED screen technology, which gives you more vibrant colors with more depth and contrast, but also adds to the battery consumption. In a continuous video playback battery life test between the iPhone 8 vs iPhone X, we found that the iPhone 8 can survive about 13 hours before dying, while the iPhone X only about 11 hours. But keep in mind, it’s that OLED screen in the iPhone X that’s the real battery life thief in these kinds of tests, so if you were to compare the standby battery consumption of both of these phones, you’d probably find the iPhone X slightly one-upping the iPhone 8. But let’s not get too nitty-gritty here: both of these phones should easily be able to last you a full day of typical use.

iPhone 8 vs X: Fancy cameras on the iPhone X

Yeah, the cameras on the rear of the iPhone X look pretty fire with that dual lens setup, and the second lens brings more than just an additional zoom length. For one, you’ll be getting better low-light performance on the iPhone X, and also a portrait mode, which is missing on the iPhone 8. This will enable you to blur the backgrounds behind the subjects in portraits.

iPhone X vs 8: Face ID vs Touch ID for authentication

Yet another difference between the iPhone 8 vs X is how these phones verify your identity when unlocking them. Whereas the iPhone 8 comes with the tried-and-true fingerprint scanner that’s found in the home button, the iPhone X was the first iPhone to come with face unlock technology. Which one is better? We’re not really going to make a call on this: it really is a matter of preference, and both unlock methods come with their own strengths and weaknesses. Of course some people rather not have any unlock security on their phones and choose to deactivate these features, but we would suggest using whichever unlock technology your phone comes equipped with.

We’re not going to say which phone is the winner of our iPhone 8 vs X comparison because we feel that both of these devices have different strengths and weaknesses that each person will perceive differently, and choosing one over the other is a matter of preference and budget. Although a used or refurbished iPhone 8 can be found for much less than an iPhone X, it doesn’t mean that it’s a worse phone.