Yes, the iPhone 6S is still a good phone 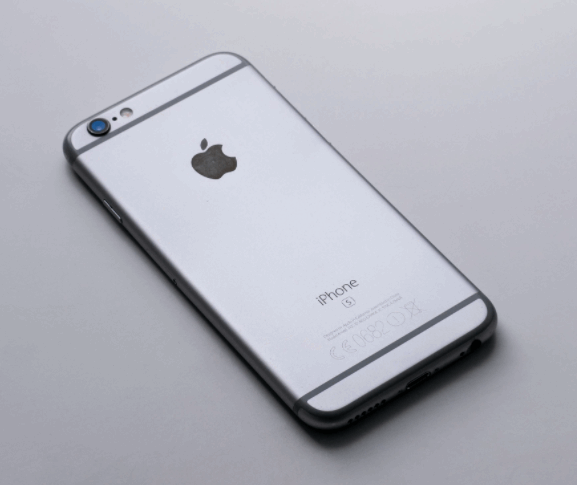 The story of why the iPhone 6S is still worth it

When the Apple iPhone 6S was released in 2015, it didn’t seem like that big of a deal. It looked exactly like the iPhone 6 and probably didn’t feel noticeably faster at the time.

But over time, the iPhone 6S became a classic for many hidden reasons (mysterious, right?)

The iPhone 6S is one of the best looking iPhones ever, but that's just my opinion. Either way, keep reading to find out what makes the iPhone 6S so special, and why we think it's still worth buying in 2021.

1. “BendGate” the Achilles' heel of the iPhone 6

The iPhone 6 had a serious defect: it didn’t have enough structural integrity for many users. Some found the iPhone 6 bending in their pockets, and Apple didn’t do anything about it… At least not immediately. People complained, but to no avail.

The tech giant even released a statement claiming that it tested the iPhone 6 extensively and found no problems with it.

The iPhone 6 may have been structurally weaker than other iPhones, but that doesn't make it a bad device. Matter of fact, the iPhone 6 is the best-selling iPhone of all time with over 220 million units sold.

But then the iPhone 6S came out, and people realized that Apple had used a different metal in this version—even though it looked exactly the same as the iPhone 6 on the outside—to avoid any chances of the phone bending. Many called this an admission of guilt, but take it as you will, it’s definitely a sturdier iPhone.

Many of the new iPhones have a back made of glass. Since this has a metal back, it has a much smaller chance of breaking if you drop it without a case. Drop durability is probably not the first thing you think about when shopping for an iPhone, but if you're buying this phone for a child, it's definitely a plus.

2. This iPhone is still worth it because it's still able to run Apple's newest version of iOS

As of right now, a used iPhone 6S is still able to run the most recent Apple mobile operating system: iOS 14. It is the oldest iPhone to receive the update (the iPhone 6 is stuck on the last version of iOS 12). It may not seem like much, but it’s always nice to have the newest version of iOS. Apps will work better, you’ll have more features, and your iPhone will feel newer.

Also, despite this not being related to the update, did you know that the iPhone 6S has the same awesome Retina display as many new iPhones? Apple has been using the same great LCD displays for a few years now, so despite the age, all your favorite apps will look just as good on a 6S as they do on newer iPhones.

And while many new iPhones like the iPhone 11 Pro and iPhone XS use Face ID, this iPhone still uses Touch ID in the form of a fingerprint scanner located inside the home button. Although Face ID is newer, many would argue that it is less convenient, especially if you're trying to unlock your phone while wearing a mask or if it's lying flat on your desk. Just another reason why we love the iPhone 6S and think it's still worth buying in 2021.

If you travel a lot, consider getting an unlocked iPhone 6S! This will work on almost any service carrier, no matter where you go in the world. And even though newer iPhones have slightly better rear-facing cameras with a higher megapixel count and better low-light photography performance, the iSight camera that comes on the iPhone 6S is still plenty sharp. And if you're a fan of video chatting, this phone has the same great industry-leading FaceTime app as the latest iPhones!

It’s probably the cheapest iPhone that comes with iOS 14. As of right now, you can get it for around $100 on Back Market, and don’t forget that you’re getting a 12-month warranty with that as well. Even though the used iPhone 6S isn’t the newest iPhone, it will do everything just as well as the iPhone 11 Pro or iPhone 12 (except maybe night photography and mobile gaming), for only a fraction of the price. But I’m really being serious. Open a ton of Safari tabs. Watch your favorite YouTube videos. Binge social media. The iPhone 6S is up to the task. And for the current asking price, you can be sure that the iPhone 6S is worth every penny.

When it comes to data speeds, keep in mind that whatever carrier you're using will have a big impact on your phone's performance. Verizon and AT&T are known for having generally better coverage and speeds than T-Mobile. So with the right network, an older iPhone can be even snappier than a new iPhone!

Buy a Refurbished iPhone 6S at Back Market

Why it's worth buying an iPhone 6S from Back Market

There are great deals for the used & refurbished iPhone 6S all over the Internet, but we give you a 12-month warranty and conduct strict quality tests with all our sellers. In addition, we have stellar customer service that won’t rest until you’re totally happy with your purchase—it’s why we give you a 30-day money-back guarantee no matter what you buy. We want to give you a phone that’ll make you as happy as mom’s home-cookin' :)

Are you an ultimate deal hunter? If you dare refer to yourself using this title, you may want to check out our best refurbished deals page. Warning: these deals are fresher than the tomatoes you just bought from the farmers' market.