Should You Get a Used or Refurbished iPad for Black Friday?

You can save money by opting for a refurbished iPad, Black Friday or any day 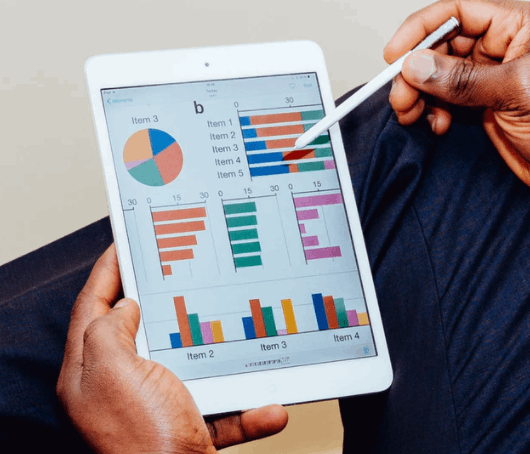 Hunting for an Extra Cheap iPad this Black Friday?

For whatever reason, you find yourself craving an iPad. Maybe you want the perfect device that helps you keep up with people on social media. Or maybe you want something that’s perfect for reading eBooks and online articles? Black Friday and Cyber Monday are a great opportunity to get a cheap iPad, but if you want to get the best value, you’re better off looking at the used and refurbished market.

On Back Market's refurbished marketplace, the extra fresh deals never end. Even when it isn't Black Friday or Cyber Monday, we guarantee you'll be able to find some of the best iPad deals on our website year-round :D

Why Used and Refurbished iPads Are Better

Apple devices are known for receiving updates for a very very very long time. Last year I found myself using an old iPhone 5S—a phone that was released in 2013—as my everyday phone for a whole year… and I loved it. And not only did it work great, it also had the newest version of iOS (until iOS 13 was released in September of 2019 together with the new iPhone 11 series of devices). This article isn’t about iPhones, but what I’m trying to get across is just how extraordinary Apple is with the longevity of their software support.

And this narrative doesn’t just apply to old iPhones; it’s also relevant to used and refurbished iPads. Although there is no official guarantee given by Apple for exactly how long a device will receive the newest operating system upgrades after launch, you can expect an iPad to be supported for at least 5 years.

And these updates don’t just apply to new devices; they’re also applicable to used and refurbished devices sold by third-party retailers like Back Market :D

And what exactly does that mean for you, the consumer? It means that you can save money by getting a cheap iPad refurbished rather than shelling out big bucks to get one from Apple. You’ll be getting the exact same product with the same software support and warranties... if you buy from Back Market :)

Let’s Talk About the Warranties on Used and Refurbished iPads

Since all of our devices come with a 30-day money-back guarantee and 1-year warranty, you’ll have the same buying experience that you would have with a new Apple product. Same trust, but for much less money—yes, it really is that simple! And did I mention that we also offer free shipping on all our products?

Our Suggestion for Getting the Best Deal on a Used iPad

Look through our website and search for an iPad that’s a couple years old. For this Black Friday, the golden value window will be for any iPad released between 2017 and 2019. You can get an even older iPad and save even more money, but we don’t want you getting a device that is slowing down or is no longer receiving the more recent iPad OS updates from Apple.

Looking for a Used iPad with a bit more Oomph?

If you want a Black Friday iPad deal with a little more oomph than a standard iPad, consider buying a used and refurbished iPad Pro. These models have more powerful internals than standard iPads and also feature an even more premium chassis. They’re great if you’re planning on doing some serious gaming or image/video editing.

Check out all our best iPad deals